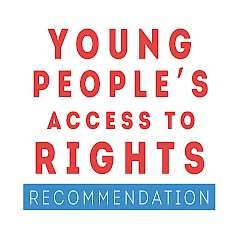 The Committee of Ministers of the Council of Europe (CoE) adopted on the 28th of September a Recommendation to Member States on Young People’s Access to Rights. The document calls on full removal of all barriers – be it legal, political or social – that hinder access to rights for young people.

OBESSU welcomes the document and we see it as an important contribution to building the culture of Human Rights in Europe. We are particularly happy to see, that a lot of attention has been put to access to education. Among the measures that governments of member states are called to undertake, the Recommendation mentions addressing economic, geographical and physical barriers to education as well as investment in quality and inclusive education. Furthermore, while enumerating the measures regarding active citizenship, democracy and participation, Member States are called to “ensure that young people learn about participation and democracy and experience it in action, while at school”.

OBESSU has been persistently advocating for free and equal access to all educational institutions for all, disregarding social standing (cf. OBESSU Political Platform, line 132). Also, the measure on experiencing democracy at school has been a long-standing claim of OBESSU – we believe that school democracy is a way of improving the environment and the social climate in school. School democracy is a way of experiencing democratic processes, learning what it means to cooperate and compromise and work together in order to achieve common goals. School democracy is to enable and promote participation in decision-making through the establishing of structures and bodies supporting it. (cf. OBESSU Political Platform, line 90-95).

OBESSU is furthermore happy to see that the right for young people to be heard is emphasised. OBESSU believes that young people and organisations representing them should be recognised as true stakeholders, because “every group in society has the right to be represented and to have influence over decisions concerning them. As such, school students cannot be represented by any others than themselves.” (cf. OBESSU Political Platform, line 7-8). We therefore strongly encourage national governments to include young people and in particular school student unions in the decision making processes.

The newly adopted recommendation will allow us to ground our demands even stronger in the European policy framework.

As follow up to the adoption of the document, we will make sure to share the Recommendation broadly with European school students, so that it can become an advocacy tool at national level. The Council of Europe will follow-up on the implementation of this Recommendation in five years, and we will make sure that during this period we cooperate with all stakeholders, that can contribute in making those important claims reality for every young person on the continent.

Read the full text of the Recommendation here.