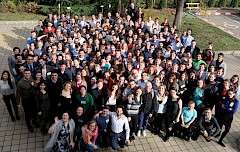 As members of the European Youth Forum (YFJ), OBESSU attended its biannual General Assembly on the 17th to 19th of November. The meeting was held in the European Youth Capital of 2017, Varna, Bulgaria, and gathered more than 200 representatives from YFJ membership.

As the highest decision-making body of the platform, the General Assembly is about elections, adoption of different policy documents and resolutions, discussions and debates between members. In particularly, this year the General Assembly voted to adopt the Work Plan for 2017-2019 as well as the Resolution on the EU Youth Strategy, but perhaps the highlight for many delegates was the election of the new Board.

As in OBESSU, the Board of YFJ has a two-year mandate and for the past two years, OBESSU was represented by Dejan Bojanic (former OBESSU Board member). This year, with our support he decided to run for Vice President of YFJ. Before the actual election on Friday afternoon, membership representatives had the change to get to know all the candidates, through a round of debates. The OBESSU Board conducted interviews with all of them, in order to assess their positions and visions.

We take this opportunity to congratulate Luis Alvarado Martinez (nominated by AEGEE, European Students’ Forum) as the new President of the European Youth Forum, as well as Carina 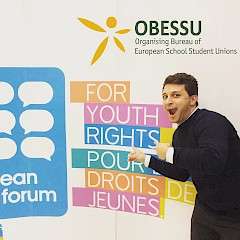 Autenbruger (nominated by ÖJB, Austrian Youth Council) and our own nominee, Dejan Bojanic, who were elected as Vice President. We are very proud of his election and want to give him our warmest congratulations!

Looking forward to the cooperation with the entire newly elected Board of YFJ!

We are also happy to see that three people in the new Board have a background in OBESSU (Dejan as a former Board member, Kristen and Ville as former Monitoring Committee members).

Moreover, the General Assembly adopted the Resolution on the EU Youth Strategy, focusing on different areas OBESSU is already working on:

These are just some of the points mentioned in the Resolution. We are glad to read this Resolution and looking forward to using it in our advocacy work. 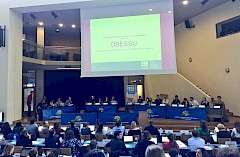 As the current Work Plan of YFJ is expiring in 2017, a new plan (Work Plan 2017-2019) was needed to be adopted. With overall topics such as Youth Rights, Sustainable Development, Social Economic Inclusion and many others, we are very glad to be part of the implementation of this new Work Plan. Themes like Non-Formal Education, access to quality education, migration and funding are just a few examples of areas where OBESSU and YFJ will work closely together.

As the General Assembly was held on the 17th of November, OBESSU and ESU (European Students’ Union) also shed light upon the International Students’ Day and in particular on our campaign on Student Welfare, which got the support of all the delegates present at the meeting. A big thank you goes to all of them and also to the Youth Forum itself, for sharing and spreading the word!