Mother tongue plus two: recommendation on language learning for all EU member states

Mother tongue plus two: recommendation on language learning for all EU member states 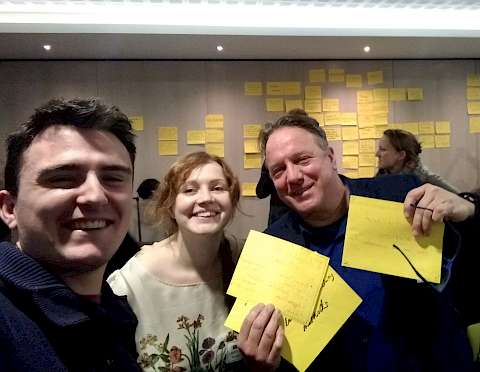 At the recent Gothenburg Social Summit, European leaders agreed on the objective that all young people should be able to communicate in two other languages, in addition to their mother tongue. Following the European Council’s confirmation of this goal in December 2017, the European Commission’s DG for Education, Youth, Sport and Culture began the process of creating a recommendation on language learning for all EU member states with a consultation this Monday, 5th of February, in Brussels - Belgium.

This ambitious aim of “Mother tongue plus two” was first agreed at the Barcelona European Council in 2002. Progress has been slow on this, with minor improvements seen. Even though Europeans are now learning their first foreign language at a younger age than before the agreement, the uptake of a second foreign language, however, has remained low.

Monday’s conference in Brussels brought together stakeholders and experts, working with languages, policy and education on the local, national and European level. While it was a very open consultation, some very concrete proposals were suggested and agreed upon. National language strategies, a focus to include minority languages and non-European languages, and diversity in pedagogical methods were all discussed in depth.

OBESSU stressed the need to involve students in all aspects of future consultations, whilst also advocating for the assurance that students in all streams of education - VET particularly - are included and accounted for in these recommendations. The use of language learning as a tool for the integration of migrants was also merited at the conference.

Following this opening consultation, the Commission opens the call for any more inputs and tools to be included in the draft of the recommendation.

If you are interested in this particular consultation and have any inputs, please get in touch with OBESSU Board member Rob at rob@obessu.org.