OBESSU reacts to the results of the #Brexit referendum

OBESSU reacts to the results of the #Brexit referendum 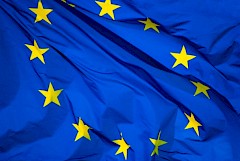 Yesterday citizens in the United Kingdom voted upon a referendum to decide whether to stay or not in the European Union. Both sides carried out a long and complicated campaign and were considered very close in the exit polls. Now that we know the final result, we are very concerned with the perspective of UK leaving the European Union.

We, as representatives of European school students, have always been on the side of the #Bremain, because we believe in the European project and, even though we understand the criticisms, we want to change Europe together with British citizens and it’s young people.

It is true that the Brexit decision is not binding and therefore needs to be approved by the British Parliament and later negotiated with the European Institutions, but what we care about are not formalities, rather citizens’ feelings. We acknowledge this vote as a proof of the lack of trust in European institutions, in democratic mechanisms as well as we fear the nationalist and xenophobic drift that the Brexit debate has taken.

As young people we want to stress the distribution of votes on the referendum. In fact, 64% of the population aged 18-24 voted to remain, and not surprisingly this is the age range that will have to live longer with the decision. As opposite, the stronger age range that voted to leave is that aged 65+, which is expected to live avarage 16 years with this decision.

OBESSU, the Organising Bureau of European School Student Unions, is strongly concerned that this debate goes further than the referendum and expressed a strong need for education, and particularly education for democratic citizenship. Only through renewed schools and renewed teaching methods we can fight the fear of the other, radical nationalism and the rise of new forms of fascisms. Brexit is an alarm bell and warning on European Institutions and Member States to react and create real inclusive education opportunities, real inclusive labour market policies and real freedom of movement in a united Europe.

We call on English MPs to respect the will of people but also to listen to a generation’s demand to stay in a cohesive European Union.

We stand in solidarity with British people and today we stick united to change the European project but to never drop it, as it represents a project of inclusion, human rights, democracy, freedom and mutual support.