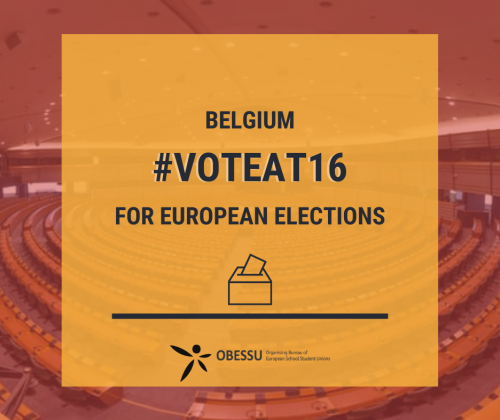 A little step forward towards #vote16
Last week the Belgian Government announced that young people from 16 years old will now be granted the right to vote for European Elections.

Belgium will be the third EU Member State to adopt this recommendation, following Austria and Malta, where 16 years old can instead vote at all levels.
» read more 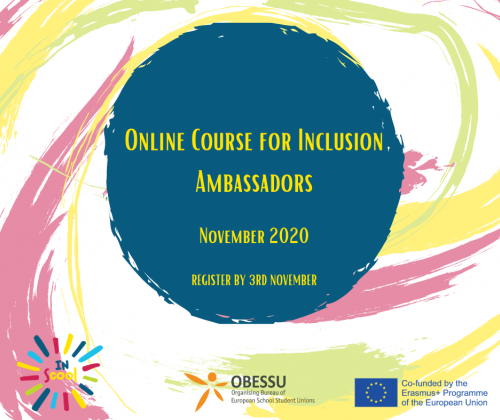 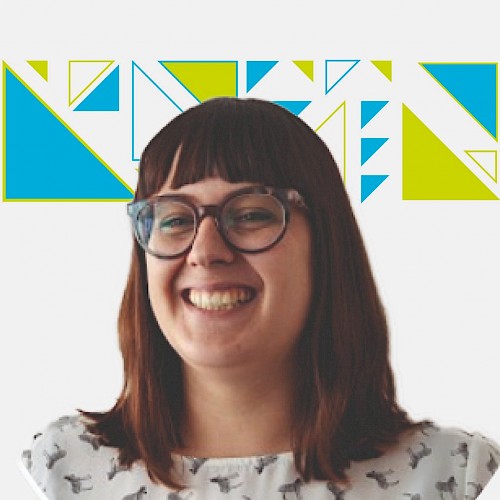 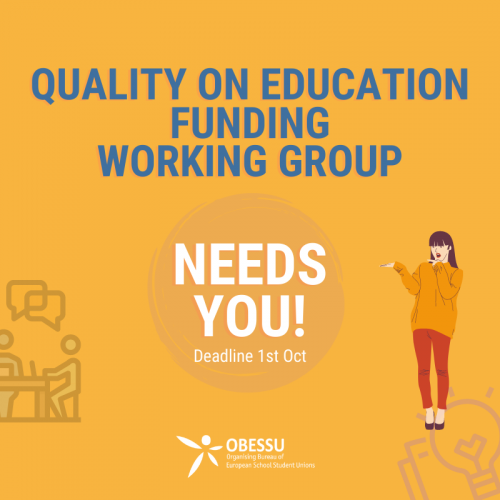 Open Call for Members of the Working Group "Quality of Education Funding"
OBESSU has reopened the call for two motivated members to join the team and continue the work that has been done so far.
» read more 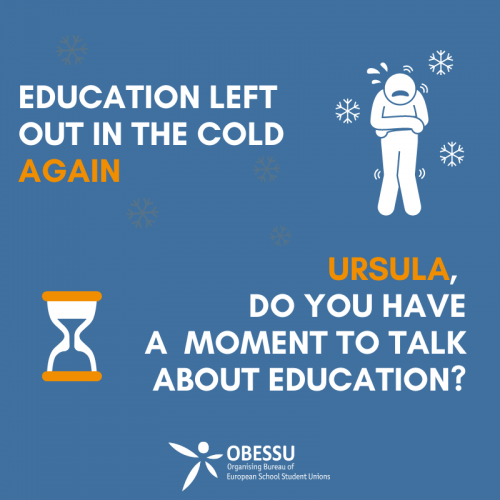 SOTEU: Education left out in the cold again
The Organising Bureau of European School Student Unions (OBESSU) deeply regrets the lack of commitment of the European Union to invest in education. Yesterday morning, the President of the European Commission, Ursula Von der Leyen, delivered the State of the Union Speech at the European Parliament. Two years ago, when President Juncker gave the same speech, we raised our voices to express our concerns: education and the key role that it can play to improve the social dimension of the EU, which at the time was not considered a priority. Two years later, despite having a new College of Commissioners and despite the unprecedented health crisis that we face, which has confirmed us that we must review and increase the funds allocated to our education and training systems, the European Commission’s vision of education remains sadly the same.
» read more
This website uses cookies. By continuing to use this website you are giving consent to cookies being used.