Youth participation: many ways to be active in society!

Youth participation: many ways to be active in society! 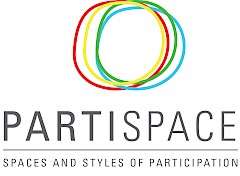 On the 8th and 9th of November in the city of Manchester (UK), OBESSU participated in a meeting organised by Partispace Consortium, a European research-project on youth participation called Spaces and Styles of Participation (PARTISPACE).

The project (2015-2018) “starts from the assumption that all young people do participate while not all participation is recognised as such. […] How do 15-30-year-olds engage with the public in formal, non-formal and informal settings and how is this supported or inhibited by local youth policies and youth work?”. The research involves 8 different countries: Bulgaria, Sweden, Germany, France, Turkey, England, Switzerland and Italy.

To support this theory, the researchers have been focusing on other ‘types’ of youth participation in society, such as graffiti-painters in Frankfurt – Germany, a community-house centred around a local football team in Italy and a parkour-group in Gothenburg – Sweden. Through different interviews and observations, the researchers have got a profound understanding of these groups and their dynamics, and also what being in a group means for those young people and their role in society. Being in a group, no matter if you are discussing politics or playing sport, develops your identity and thereby gives you a role in the community and society as a whole!

After having worked for more than a half year, this event was a mid-term meeting of the project, where researchers presented their observations, discussed methodology and debated on how to proceed from now on.

Now, you might wonder where OBESSU fits into this project. We are neither researchers nor a group of people being observed, so what is our role?

OBESSU has been invited to take part in this project and in particularly in its Advisory Board. We have been following all the phases of the project and thanks to our knowledge and experience, we are giving feedback and guidelines to the researchers. Are they going in the right direction? Are they missing an important aspect of participation or are some of their observations not relevant?

From our perspective, the project is going well and it is definitely moving in the right direction. However we did stress a couple of things to the researchers that they should look at in the next steps of the project.

Furthermore we reminded the researchers to consider the participants as subjects, not objects. Therefore we advised them to keep their participants involved in every step of the project, show them how the observations are being used, discuss the purpose and outcomes of the project and invite them to their meetings as well.

We thank the Partispace Consortium for having invited us in their Advisory Board and we are looking forward to reading and assessing the final outcome of the project!